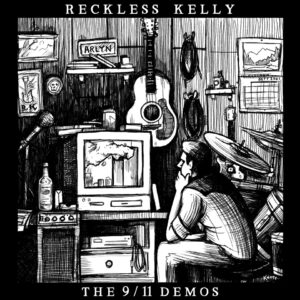 20 years ago, on September 11th, 2001, Reckless Kelly was scheduled to record at Arlyn Studios in Austin, TX. When we woke up that morning, we had no idea how the day would end, but we decided to keep our session on the books. The band recorded 16 songs, in-between hours spent glued to the television. Most of the songs would eventually be re-recorded and find their way to an album or two, but the original demos were never released and sat untouched for 20 years, including four tracks never previously released

This year, with the help of our old friend David Abeyta, we’ve dusted them off, digitized them, and we’ll be releasing the entire session on 9/10/21, in honor and remembrance of the lives lost that day. All songs are sequenced in the exact order they were recorded.