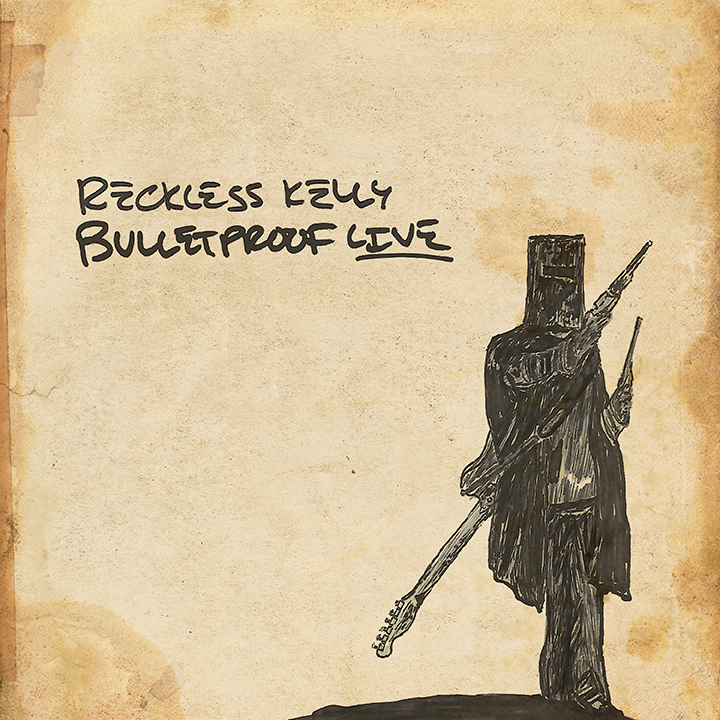 Reckless Kelly hit the road last week in support of its forthcoming live recording Bulletproof Live.  The tour is scheduled to run through Nov. 29 in New Braunfels, TX, with performances in cities across America in-between.  While the band’s tour is extensive, taking the band to cities throughout the Midwest, Southwest, Pacific Northwest and west coast, there are still lots of cities and fans who will not get to experience the band’s live show.  That is where Bulletproof Live comes into play.  The recording gives fans – those who are and are not lucky enough to experience the band’s live show – the opportunity to experience the joy of a Reckless Kelly live show on CD.  This recording, which culled performances from the band captured during its 2018 west coast tour, is an enjoyable offering.  That is due in part to the set list, which will be discussed shortly.  The band’s performance of said set list adds even more enjoyment to the recording.  The recording’s mixing and production puts the final touch to its presentation, and will also be discussed later.  Each item noted here is important in its own way to the whole of Bulletproof Live.  All things considered, they make the recording an offering that all of Reckless Kelly’s fans will appreciate.

Reckless Kelly’s new live recording Bulletproof Live is a presentation that all of the band’s fans will appreciate.  That is due in part to the recording’s set list.  The set list features all 14 songs from Bulletproof in the exact same sequence as they are presented on said record.  While the recording’s packaging does not list the exact dates of the recorded performances, that is beside the point.  The fact of the matter is that audiences get here, Bulletproof in its entirety in the same sequence as its original studio presentation, but better, because it is presented here in a live setting.  Some of the versions are close to the original studio takes while others, such as ‘American Blood’ and ‘Passing Through’ give audiences a slightly different, but still equally enjoyable, take on said songs.  Simply put, the set list at the center of Bulletproof Live forms a solid foundation for the recording’s presentation.  It gives audiences the band’s whole album in the same presentation from its original recording.  It does this by presenting (audio) glimpses of Reckless Kelly’s live show at various performances.  This in itself adds to the interest because it is not just one performance.  It gives a wider understanding and appreciation of the band’s live show.  It is just one aspect of the recording that audiences will appreciate.  The band’s performance of the songs adds even more interest to the recording’s presentation.