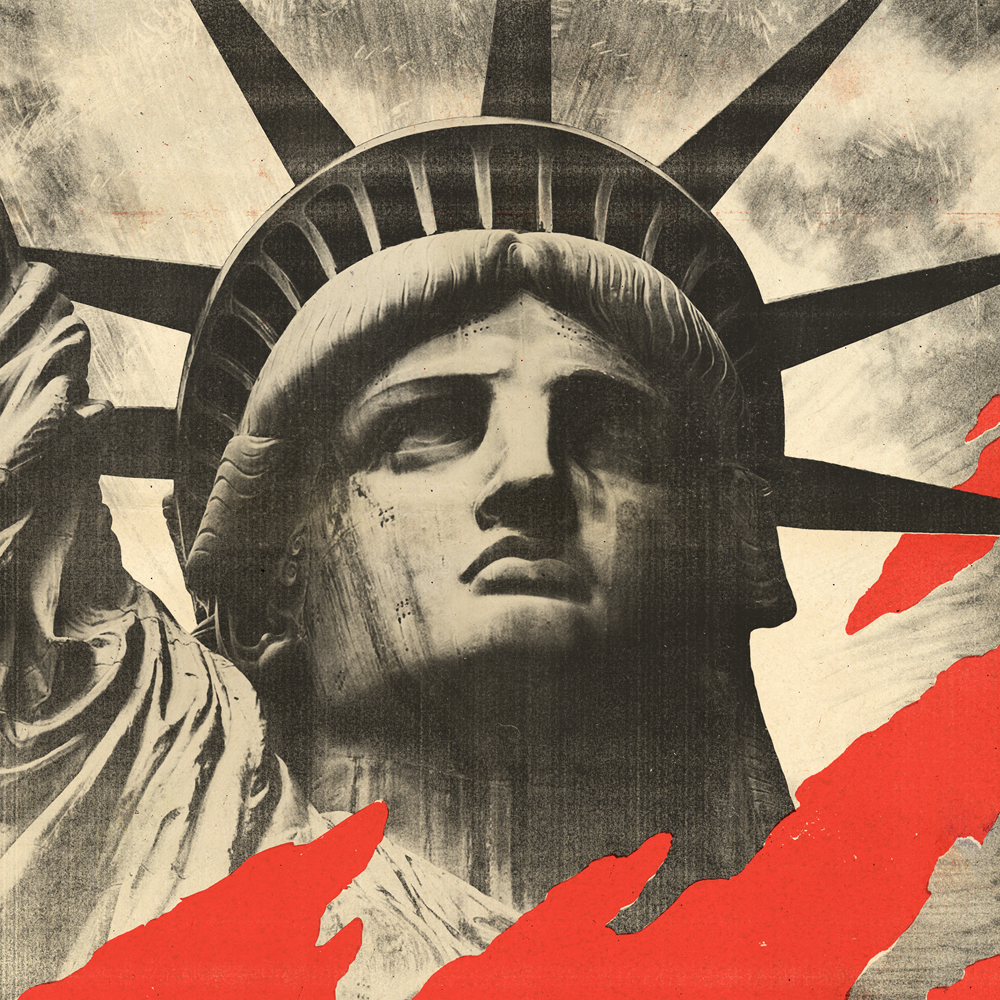 "Seems we hit the jackpot, baby, you and me. We were born in North America in the twentieth century."

In the spring of 2015, I traveled to Alberta, Canada to write some songs with Corb Lund for the Sunset Motel album. He’s somewhat of an amateur historian, or at least he likes to think so, and we were discussing the virtues of being born in certain times or places. He said something to the effect of, “being born in North America at this point in time is basically hitting the genetic jackpot.”

“That could be a song with a little editing.” – laughs.

A couple years later, I reopened the can of worms that is the American-themed record. I remembered our morning coffee conversation, and texted Corb with the idea for a song called “North American Jackpot.” Crickets. Well, the hell with him. I’ll write it myself, I thought – and furthermore, as he not-so-eloquently wrote in the liner notes of Losing Lately Gambler in reference to Holtman helping him out with a song – “he ain’t gettin’ a dime.”

I managed to compose a melody for the verses and a solid chorus relatively quickly, but then I stalled out, again, and I thought I’d have to scrap this idea until it made sense… However, I’d already started writing the rest of the album and was close to being finished, but the title track, “North American Jackpot” wasn’t close to being completed, and it was far from the cornerstone it needed to be.

The next day, he sent a nearly perfect first verse that got me out of the rut and on the right track. I wrote a second verse almost immediately, and we polished it up at a friend’s house in Boise a couple weeks later.

I had my cornerstone.

While the song touches on the main theme of hitting the jackpot by being born here and now, I wanted to create a musical melting pot for the rest of the record, full of stories, genres, subcultures, art, people and everything else that falls in between. I didn’t want it to be all, “rah rah rah, good ol’ USA,” songs, but things we all relate to while living here and enjoying all this great country has to offer. Simple American themes and experiences. Baseball, Grandpa, monuments, love won and lost, the highs and lows of traveling, the wild west. It left the canvas blank and wide open to pretty much anything that might happen between the Atlantic and Pacific.

Although it was always going to be the first song in the sequence, it was one of the last ones we recorded. I felt like we needed to wait until the mood was right, and one day it was. We laid down a basic track of drums, bass, guitar and vocal, with Bukka Allen, our “Fifth Beatle,” and his signature Hammond B3, (and later, a piano part that helped to elevate the entire song, especially the big crescendo leading into the final chorus). Kelley Mickwee sang some amazing harmonies with Cody and we almost had our title track in the bag. On the last day of the sessions, Crosby come down to Austin to play on the track, which led to him playing lead guitar with us for most of the summer tour, an important footnote to the writing of the rest of what eventually became two albums.

Sixty-six days on the Mayflower
Long before the beacon hand
Just lookin’ for someplace
Where they could start over, again
And then slowly moving westward
Plantin’ flags on stolen land
Sometimes I sit and wonder
What the dream looked like back then

Oh, times they keep on changin’
Different roads and different oceans
She tells me for how far we’ve come
Life still seems so damn hard
Feelin’ broke down on the golden road
To unlimited devotion
Watchin’ satellites and airplane lights
Weave through these western stars

Seems we hit the jackpot, baby,
you and me
We were born in North America
in the twentieth century

And as I walk these city streets
I feel a stranger in my town
I don’t mind so much the people
As the landmarks comin’ down
Yet still we sleep in comfort
With our shelter, bread and wine
Knowin’ that we’re better off
Than any other place or time

Still we hit the jackpot, baby, you and me
We were born in North America
in the twentieth century