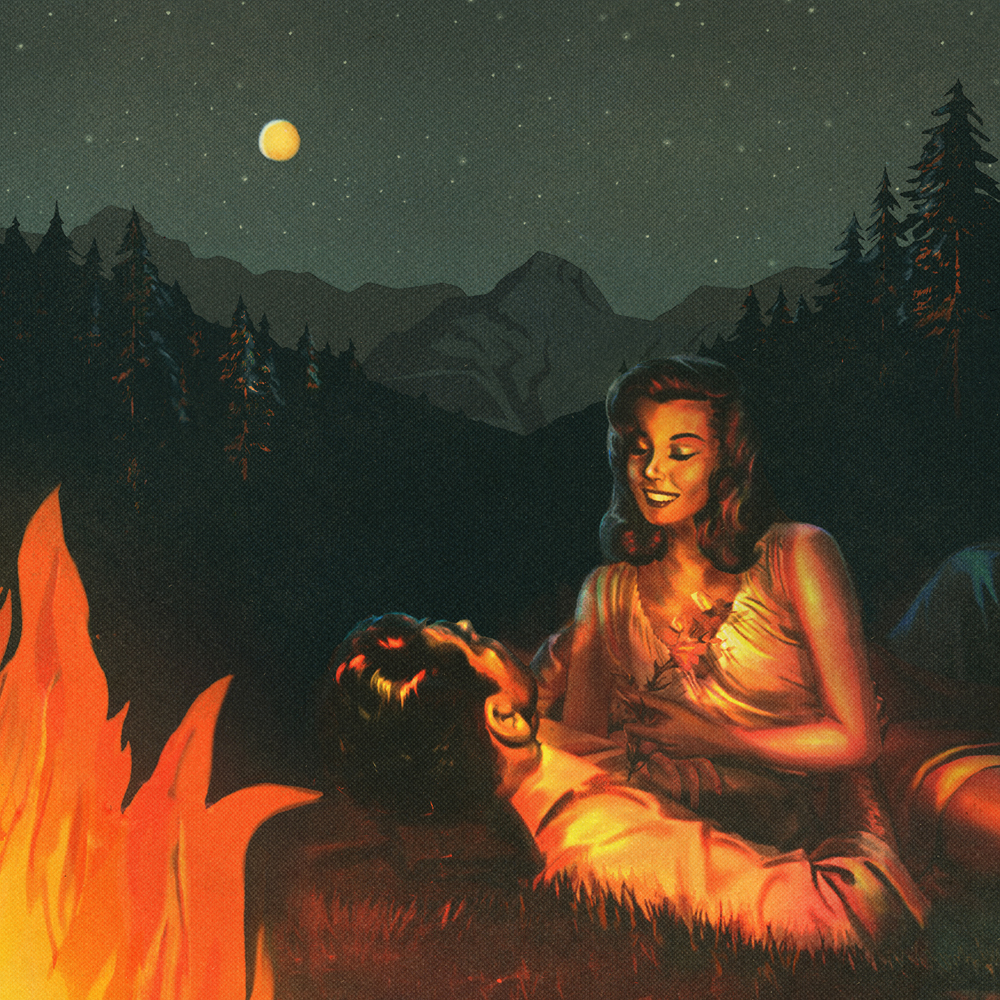 My Home is Where Your Heart Is

I was camped out on the outskirts of Big Sur at a campsite called Kirk Creek Campground. I normally would have just pulled off the road and thrown up a tent any old place, but this was California, and they frown on that sort of thing according to Woody Guthrie and Tom Joad, so I played it safe and found an incredible spot overlooking the ocean on top of a rocky cliff. I had been lucky enough to pull in as someone else was pulling out, and snagged the spot. I had shipped my sleeping bag, tent and camping gear to my friend Billy Ray’s house in Carmel and rented a car to spend a few days driving up and down Highway 1, right there on the ragged edge of America.

Instead of roaming around, I decided to stay in my coveted campsite for a while and I spent the next few days writing songs, cooking over the open fire and drinking the good California wine Billy Ray had given me. It was a picture-perfect scene. I was high rolling it by my standards. A raccoon did manage to steal my bag of chips, but I forgave the little fella. My guitar had a few good songs in it, and I was writing when I wasn’t too busy staring at the ocean.

I didn’t want to leave. Didn’t want to go back to the grind. Back to reality. Nevertheless, the day came when I’d have to pack it up, drop my gear at the post office and board a plane back to reality. I started packing up camp as a big old beat up truck camper came pulling in. A smiling mustached face exited the cab and asked “are you leaving?”

“Oh man, we’ve been eyeballing this spot for years! Never gotten to stay here though, can I leave a couple chairs out, so other folks will know I’m here?”

“You bet, man. Glad you’re able to stay here. It’s the best spot in the campground, for sure. I lucked out.”

He said something like, “Hot dog!” and set out a couple camp chairs to mark his territory. I kept packing as he drifted back to the camper and told his old lady of their good fortune. I realized I had two bottles of Billy Ray’s wine leftover and asked if they wanted them. You’d have thought I’d given them two bars of gold. They wanted to give me something for it, but seeing the pure joy of finding the camp spot and truly appreciating it was more than enough for me.

We bid our adieus, and I was soon back on Highway 1, thinking how lucky they were to be so happy with what they had and what nature and good fortune could provide, and I still feel fortunate to have had that moment in time and the memories I still recall every time I play the songs I wrote sitting on that cliff overlooking the Pacific drinking Billy Ray’s good California wine.

I wrote this one for Long Night Moon or Sunset Motel… I can’t remember which, but it wasn’t quite right for a long time. I thought it had potential, so I dusted it off and re-wrote it. In the end, all I did was simplify it.

I had in mind a couple that maybe didn’t have a home, maybe didn’t want one, or were just living a drifter’s lifestyle. Whatever the reasons, all they care about is that they’re together and they make wherever they are their home. Since the lyrics and melody were very simple, I wanted the track to reflect that, so there are only about six or seven things in the whole mix. I laid down a vocal and a guitar part, played a harmonium part and some single note piano. Jazz played a big marching drum with one finger. Our friends, Chris and Annie, were in the studio hanging out, while we were recording the big drum part, and Annie came up with the idea that it should beat twice every time I sang the word “heart.” I thought that was a great idea. Cody played tenor guitar and Charlie masterfully weaved some slide guitar around Cody’s part. I like that the record starts and ends with songs with that same vibe they came up with. Whattaya know, another set of bookends.