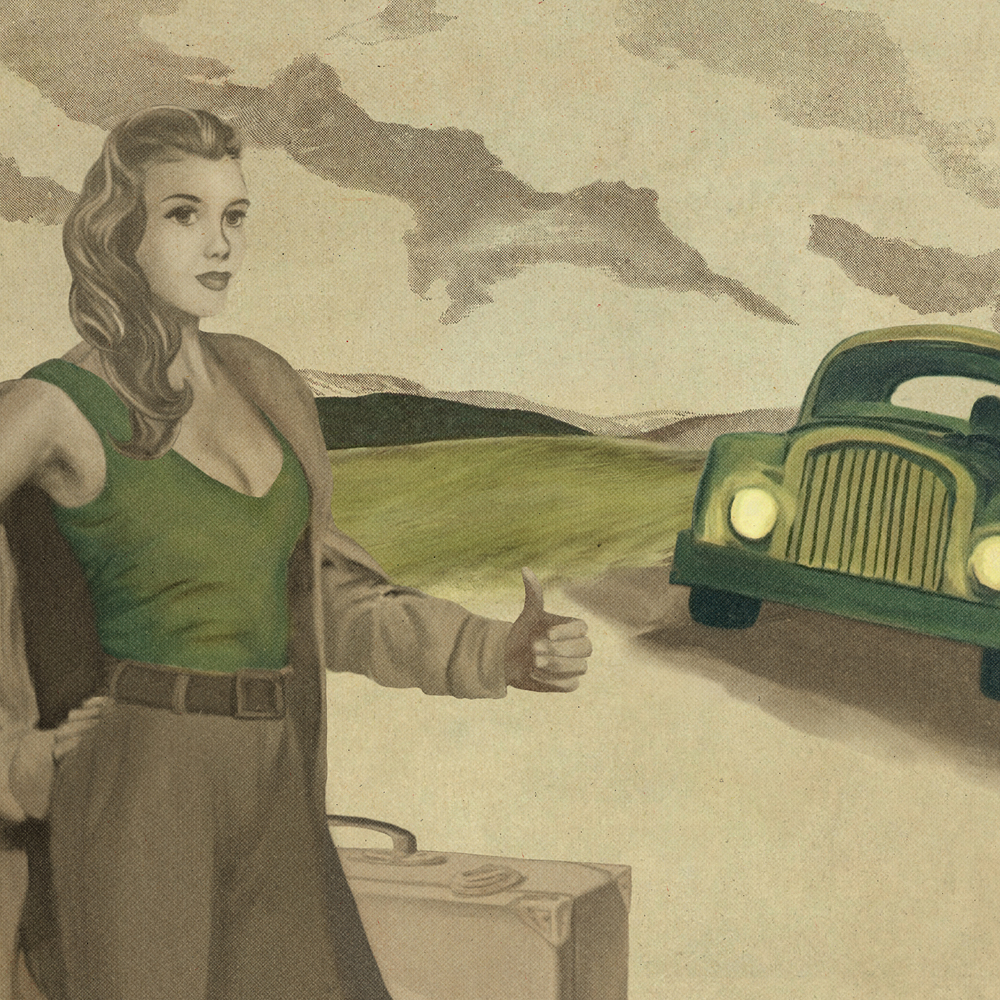 Lonesome on My Own

There is a good deal of controversy in the songwriting community regarding whether or not it’s a good idea to allow modern mechanisms and ideas to find their way into a song. I’ve always thought that it is not. There’s something timeless and poetic about a payphone or a letter, a photograph or a train. Though, at some point, these were modern ideas and mechanisms. To talk of cell phones and texts or emails or even of modern forms of transportation is to admit that this is a new body of work – not that that’s a deal breaker.

To my point, the word “posts” in this song doesn’t simply imply the modern age of social media, but insists upon it. It can only mean one thing in this scenario. It was a matter of discussion, and we went with it, because only a “post” would allow the lead character to keep tabs on an old flame, at least from a distance – not something possible, otherwise, unless a certain amount of perversion and overly obsessive tendencies were to be a part of his storyline, which we did not want to be the case. So, we allowed the breach in the rules, right there for everyone to see, in the very first line of the song. For this modern song, we used the modern terminology.

Terminology is very important to me. It’s one of the main reasons I write songs. I like the sound of certain words or phrases. I like words that sing well (lots of vowels) and have even written songs based on one word, because I liked the way it sounded. Sometimes, we use a word or line that we wouldn’t normally use out of necessity, and that can be limiting at times. Sometimes you have to drop the D in “world” because almost nothing cool sounding rhymes with “girl.” I don’t like to do it, but I have on several occasions, including on this record.

Sometimes, especially when co-writing, the main characters are completely different people to the individual writers, and also to the audience – each seeing unique subjects and storylines.

I’m not sure where the original inspiration for this particular song came from (but I have a couple guesses). My girl in the story isn’t the same girl as Crosby’s, even though she is the same girl in the lyrics. And the audience will have their own version of her, as well as the guy. There are remnants and shards of memories of old flames or glimpses of how we view ourselves, if that’s who the guy in the story is, but it is not any one given person, especially once the co-writer gets his hands on them.

This song will be one that has many different meanings, because it’s a collaboration, both writers drawing on experience and fiction. Everyone who hears the song will take from it his or her own meaning, some even going so far as to insert themselves into the story. I find that to be fascinating, and rarely tell the stories behind my songs for fear of spoiling the personal connection. I’m breaking that rule with these liner notes and stories. In some cases, I’m telling true stories. In some, I allude to truth. Some of this is pure fiction. Some is opinion, and some is metaphoric. That’s the beauty of storytelling in any form. There are no rules and even if there are rules, they were most certainly written to be broken.

Another collaboration with Jeff Crosby as he toured with us playing guitar over the summer of 2019. He wasn’t thrilled with the hook he’d written, so I dug around in my pile of old ideas and came up with “Lonesome On My Own,” a line from a throwaway song I had never finished. It fit pretty well with his original idea, so we finished it up and tracked it in July. We recorded a version with Jeff playing guitar before he had to fly back to Nashville, but after listening a few times, we decided it was just too fast and retracked it. It was a bummer to lose his guitar parts, but the end result was worth the do over. It’s the only song on the album without any lead guitar, a rarity for any RK record. Geoff Queen filled the void with some killer steel guitar, and the end result is quite pleasing.

Hate to say it, but
She looks happier now
In her posts and her photographs
Maybe she’s better without
Hangin’ from my love like a marionette
Even when I was alone
To know she was out there it
kept me warm
Now that the sun’s goin’ down
I shiver and shake till tomorrow mornin’

‘Cause I’m still out here alone
With my thumb out on the side of the road
I see you dancin’ in my head
Every time someone turns on
the Rollin’ Stones
Maybe it’s better you’re gone
Now, I can be lonesome on my own

I can be lonesome on my own