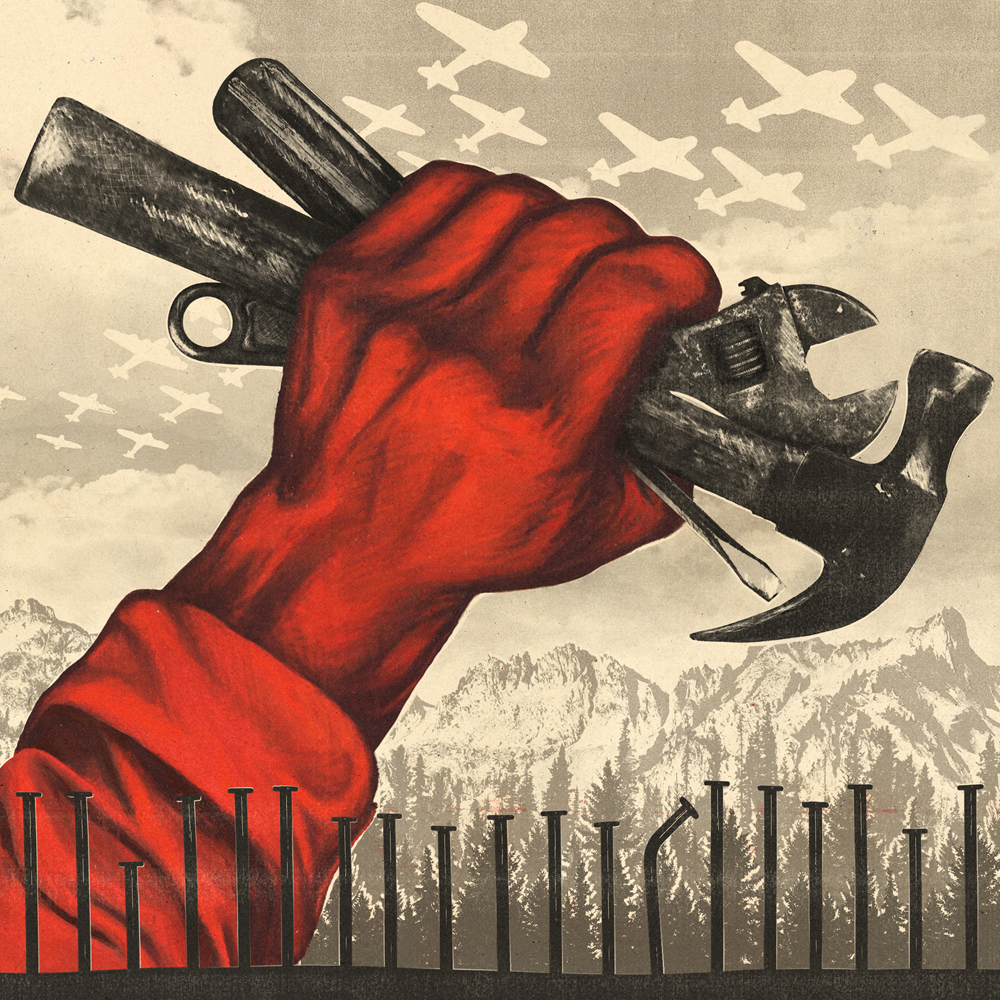 Grandpa Was a Jack of All trades

He never liked to talk about the war. I was too young to know that I shouldn’t, so I asked him about it from time to time. I poked and prodded, hoping to hear some heroic stories of battle, but he never said much, if anything.

He did tell me about a bar on the islands that gave away free shrimp if you ordered a beer. But he never drank, so he’d wait till someone left an empty on the table, and carry it to the bar as if it were his and ask for more shrimp. That was his favorite war story, and the only one he told me, aside from how he and some other soldiers broke down the door to the armory when the planes were buzzing over Pearl Harbor, because no one had a key. I came up with my own version, in which he fearlessly defeated the Japanese, almost singlehandedly. He was that kind of hero in my eyes, both at that young age and to this day, albeit for different reasons.

After the war, he built pre-fab homes for a while. He told me, as he was teaching me something about carpentry one day, that they’d show up at an empty lot at dawn, and by nightfall they’d have a lawn laid down, mailbox erected, driveway poured, and the house ready to move into, right down to the gutters and the kitchen stove. They built hundreds of em’, all part of the GI bill.

In the winter, he’d plow snow for neighbors to make a few extra bucks. If anyone was a little short, he probably did it, anyway – never the sort to leave somebody hanging.

He was a firefighter for a while, until a lady jumped off a burning roof, knocking him off the ladder, not crippling him, but crippling him enough that he could’t fight fires, anymore. That’s when he and his friend George started building cabinets. West End Cabinets, the business card read. When he wasn’t busy, he’d tend the garden and tinker around the house that he’d built for Gramma with his own two hands. Eventually, they retired and moved out west and that’s when we really got to know him.

He taught me how to build things and how to take care of the tools. Never drop a level. Don’t cut toward yourself. That sort of thing. Once, I was making a peanut butter sandwich while he supervised. I liked to spread my peanut butter perfectly evenly, and took my sweet time. To which, after a while, he sighed heavily and playfully growled, “Jesus Christ, you’re not paintin’ a house.”

I wasn’t mechanically inclined, but a couple of my brothers were, and he showed them how to fix the lawn mower, the toaster or the truck. To me, the solution to any  problem seemed to be to either hit it with a hammer or dump a little gas in the carburetor and “turn her over.” It usually did the trick, especially if you called whatever inanimate object you were working on an asshole.

He even knew a thing or two about flirting with the girls down at the bank and the grocery store. That, I paid close attention to.

When he died, I knew we’d lost something that couldn’t be replaced – they don’t make ‘em like that anymore. But I also knew that we never really lost him. We’d always carry with us the lessons he taught us and the stories he told. Every time I build something, pour a little gas in the carb, make a sandwich or call a bent nail or a stripped out screw an asshole, I think of him.

Grandpa, The Jack of All Trades.

I wrote this one for Mom and Gramma. Grandpa was the quintessential grandpa. Funny, kind, firm, old school, opinionated – all the greatest hits. Above all, he was a jack of all trades. There wasn’t anything he couldn’t do or fix, and if he didn’t know how to do it, he’d figure it out or jerry rig it. I learned most of what I know about fixing things or making the best of any given situation from him. I wrote about a hundred verses to this and whittled it down to three. I could have written a hundred more. We had our dear friend Rosie Flores play guitar on this one. I bet she and Grandpa would have hit it off.

Well, he once was a fireman
And he saved a few lives
He was there at Pearl Harbor
Thank god he survived
When the fightin’ was over
He came home to the home of the brave
A true American hero

Grandpa was a jack of all trades