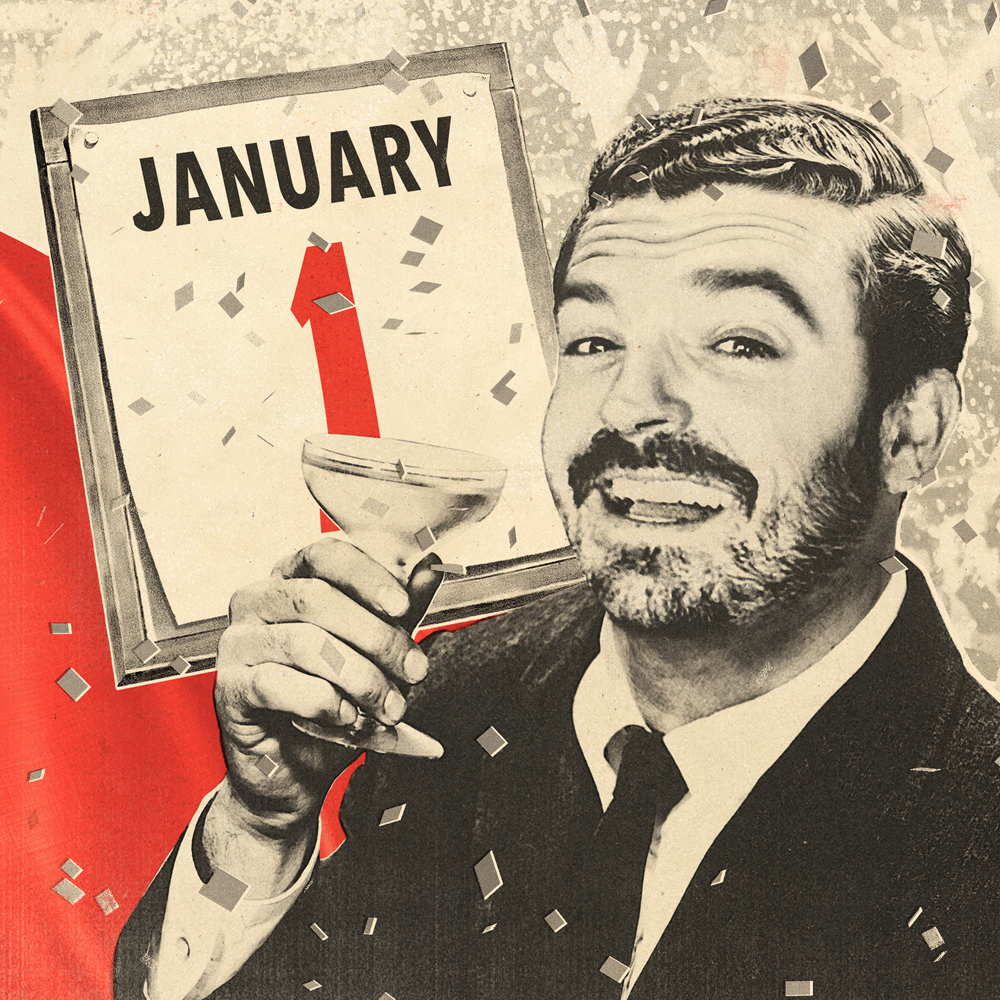 "‘Cause it don’t have to be this way. It’s just another New Year’s Day."

By the time I arrived, the gang had already been there for a while, and luckily, they’d had saved me a seat at the bar. I always feel trapped at tables, forced into conversation, compelled to order at the server’s whim. Although, it can be just as hard, to get a drink at a bar. This was not the case at the Burger N’ Brew. The staff is well-trained, attentive and knows it’s customers are thirsty – This comes as a shock to no one, as the owner, Dave, is usually quite thirsty, himself. Today, like most days, Kyle was behind the bar – we’d be well taken care of. This was our bar. It was a good bar, full of full-of-shit guys, sports on the TV, the cheap stuff, the good stuff, tasteless jokes and the smell of free popcorn.

Most of the gang was drinking Bloody Marys or mimosas. I don’t drink Bloody Marys, anymore. They just remind me of every hangover I’d ever had right up until the point when I stopped drinking them. I’m not a huge fan of mimosas either, but on certain days, like today, it’s tradition. So I had one to honor tradition and to not “seem” like a drunk by ordering a cocktail – a double standard, in my opinion, that a morning Bloody Mary is acceptable, but ordering a Tito’s and anything besides tomato or orange juice, is just asking for an intervention.

The gang consisted of old friends, family, band, crew and a few stragglers from the night before. The core of the group had been friends since childhood. It had expanded over the years, and the newcomers were treated like we were all childhood friends, brought together several times each year by festivals, concerts and other events – always centered around music and drinking.

As it turned out, Kristie “McTwistie” and Heather “McFeather” had been the ones to save me a seat.

Laughs amongst old friends are the best kind, especially those that find themselves on the morning after a good party.

My mandatory mimosa was almost gone, so I ordered a real drink, which appeared almost instantly. God bless the competent bartender. I was deciding between taking it easy and heading to my place, and staying in Boise for a few more days (I would wind up doing the latter, too drunk to drive, but not too drunk to finish the song I had started writing that morning).

For now, I was at the bar yucking it up with the gang and hearing stories about how everyone made out the night before. It had been a good one, overall. Nobody got hurt, no DUI’s, no arrests. A few people were putting the pieces together, finding out how they got home or other revelations. Humps, our official unofficial driver had had a busy night, but he didn’t complain.

The scene was familiar and comforting. Resolutions could wait. They always did. Whoever came up with the New Year’s resolution must not have had anywhere to go on January first. I felt a pang of sadness for those who still cling to the false hope of change that a resolution brings on, and an even greater sadness for those who are willful enough to actually keep their promises to themselves. Good for them (and I mean that), but there’s nothing like the camaraderie of a group of good friends celebrating, reminiscing, suffering and commiserating together for better or worse.

We know the risks and rewards and embrace them like a man jumping out of an airplane just for the hell of it. Everyone knew where to meet, and it didn’t matter when you got there. The party would be started, even if you were the first to arrive. It was our annual tradition, same bat time, same bat channel. It was our bar. It was our gang. It was just another New Year’s Day.

Well, I woke up with a clean slate
As the sun was settin’ in the west
Guess that last day was a long one
From now on I’m gonna do my best
To live my life like I always said I would
To shake these demons off my back for good

Well, I went down with my old pals
For a couple at the Burger N’ Brew
And I told ‘em “From now on, y’all
Things’ll be different” like I always do
And I said “Just watch. ol’ Will’s gonna turn it around”
Well, they had a good laugh and they ordered me another round

Well, I came back to the hotel
And I swear I’m gonna finish this song
But I couldn’t help but wonder
Just where the hell it all went wrong
And they say you gotta live like no tomorrow
Well, that all sounds great
Till it’s time to drown your sorrows